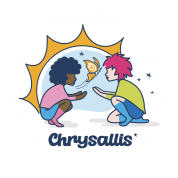 THE leading Queensland psychiatric expert on children with gender identity disorder says the number of transgender children is increasing.

Dr Stephen Stathis said he expected parents of two children would apply to the Family Court for permission for them to be given feminine hormones within the next year and more would follow as others reached puberty.

But he said some desperate parents who were unaware of the professional help available for their anxious transgender children were getting unregulated, unregistered hormones from overseas via the internet.

Dr Stathis, Director of Child and Youth Mental Health Services at Brisbane’s Royal Children’s Hospital, has seen more than 20 children with GID in the last four years, including some as young as four.

«The numbers are rising and now we’re looking at developing a gender clinic,» Dr Stathis said. Half his gender identity patients are boys who identify as girls – the other half are girls who identify as boys.

But Dr Stathis says research shows that about 50 per cent of children with significant transgender behaviour will desist, or grow out of it, by the time they reach puberty.

Dr Stathis said he had seen transgender girls become almost suicidal at having a period, even cutting their breasts and boys hitting their genitals and becoming very upset by puberty changes.

«Gender identity has nothing to do with sexual orientation. Transgender children are not gay or lesbian,» Dr Stathis said.

He said there were no known prenatal abnormalities that caused GID.

He prefers that children do not take on the opposite gender until they really have to and tends to be guided by the child’s behaviour, with parents providing safe places for their child to express their feelings.

But in a couple of cases where the child was anxious, depressed and unlikely to change, he encouraged families to allow the child to live as the opposite gender.